Several Gains ... and a Pain

Some You Win
My new-found passion for researching my family history continues apace, and like many other amateur genealogists I am finding that the frustrating dead ends and missing connections are well compensated by serendipitous discoveries. 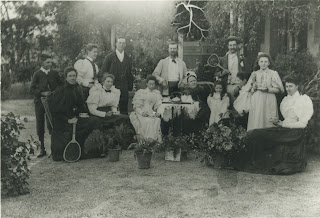 The biggest challenges I face are that not only are most people from my parents' generation long gone (and therefore unable to identify piles of tantalisingly unlabelled photographs), but I am largely unacquainted with even the close relatives of my own generation. I am delighted to say that this is gradually being remedied. Thanks to the scary internet, I have tracked down several of my previously unknown first cousins, and in most cases they have been as excited as myself to make the connection. The fact that a couple of them live in the same city as me is astonishing, seeing our families originated 2000 miles away.
I have not yet discovered anyone particularly famous or infamous perched in my family tree, but I am proud to report that my direct ancestors and current first-degree relatives have the following accomplishments to their credit:

Some You Lose
It's always sad to witness the deliberate destruction of something which means a lot, and the ongoing implosion of the once-great Open Directory Project has been painful to watch. I have my own theories about when and how this started, but even non-editors have been able to see the disastrous effects of the misguided and incredibly inept DMOZ 2.0 "upgrade" last August.

Like thousands of other DMOZ editors I was forced to abandon my role as the whole infrastructure and editorial process disintegrated in front of our horrified gaze. Of course we were continually assured that such "glitches" were only to be expected after a major system upgrade, and that normal functions would soon be restored. We wanted so badly to believe that, but the gurgling sound was growing louder.

After more than a month things were barely any better, editing was still unworkably bug-ridden, data was still being lost, and impatience was growing. The repeated reassurances from ODP management sounded more optimistic than realistic by then, but many of us kept hoping they would eventually make things right. I decided to leave them to it for a few months, rather than experiencing daily exasperations about all the new bugs being discovered. So I was astonished to return to do some editing the other day, almost six months after the "upgrade", only to find that not only are most of the basic editing functions still not working properly, but that even the high level reassurances have not been updated in all that time! 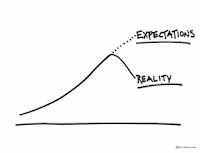 Apparently not just the actual working editors, but even those who manage DMOZ have given up and lost interest.
Having been an enthusiastic and dedicated ODP volunteer for many years, it has been very sad indeed for me to watch the directory come to such an inglorious end, and I am sure many many other editors feel the same. The fact that it happened as the result of deliberate actions and decisions by those in authority makes it even more distressing, but we are (and always were) at the mercy of those whose positions of power are not accompanied by either aptitude or altruism.
3 comments: