It's been a long while since I posted about my walks in the bush, but I usually spend several hours each week enjoying all the natural bushland around here.

This weekend I've spent about 5 hours doing just that, walking 10km yesterday in Gooseberry Hill National Park, and another 9km today, on an annual community walk called "Trek the Trail".
Each year, the route follows a different section of the Railway Heritage Reserve, and this colourful map shows the route we followed this year, but is grossly inaccurate in at least one important respect: it was not bright and sunny!
Despite the rain, however, there was an excellent turnout of all ages, which meant that the artists and entertainers along the track had a steadily passing audience of wet but appreciative walkers.
This is my favourite time of the year for walking in the bush, because the wildflower season is just beginning, and I enjoy learning to identify a few more each year, and improving my photography of them.
No comments:

Gen Y - Not As Bad As You Might Think 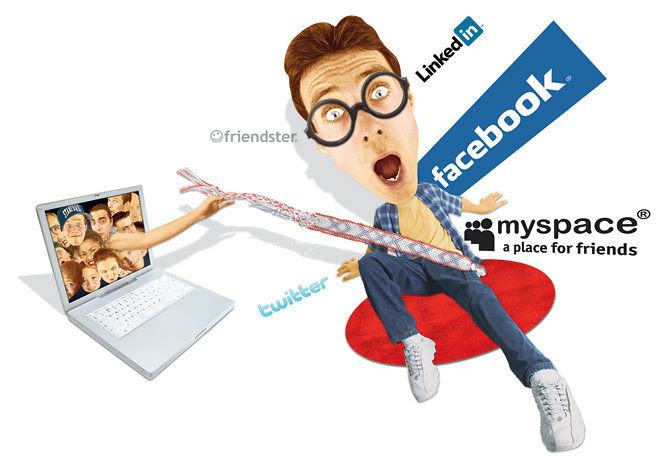 I realise that the title is a fine example of "damning with faint praise", but a lot of negative things are written about this demographic, some of them no doubt true. However, I spend quite a lot of my time in their company, so I thought I'd make a few more positive observations.
There is a typically dubious Wikipedia article on this cohort, which is nevertheless completely appropriate, as they are overwhelmingly an online generation, turning to Wikipedia the way their forebears might have used bound versions of the venerable Encyclopedia Britannica or the more folksy World Book.
I spend a lot of my own time online, as previously described in this blog, and many of the friends I have made are in this age group. That's the first thing I want to say about the representative Gen Yers I have met:

1. They are friendly and confident

I have had long and entertaining conversations with many of these online friends, despite the age difference, and have found them to be completely comfortable discussing all sorts of issues and topics.
They are often accused of being self-centred, but in fact they seem to be more willing to contribute to volunteer projects than the time/money conscious Generation X, so I am happy to accord them another quality:

2. They are enthusiastic volunteers.

Another criticism levelled at Gen Y is that they are too "peer limited", using all their electronic communication platforms to remain constantly connected to each other, excluding the rest of the world. I find this particularly ridiculous, because what generation has not done this, by whatever means they had?
For children and teens of the 60's and 70's (Baby Boomers), it was language and music that ensured their cohesion and kept their parents' generation on the outside. Subsequently, it was the idealisms and ambitions of Gen X. In earlier times it was clothes, or dance, or any number of other tactics to delineate Us and Them. Plus ça change. :-)
In my own experience, Gen Y are refreshingly willing to include others into their group. I see this every week at the University where I teach graduate medical students. Most of them are in their 20's, but those in their 30's and 40's are accepted just as easily, without the suspicion and awkwardness with which many Gen Xers used to regard their older colleagues. So ...

3. They are inclusive and non-judgemental.

To be sure, these young people often lack respect, behave irresponsibly, and sometimes fail to consider the needs and opinions of other people. But haven't we all behaved like that at some stage? At least the relentless connectivity of Generation Y ensures that they are exposed to an infinite number of opinions, beliefs, prejudices and passions, rather than hearing only those of their friends and families.

4. They have a very wide frame of reference.

Finally, their internet-based life ensures they remain constantly updated on all current issues (major and minor), which is more than can be said for those who rely only on the evening news or a chat with their neighbour to keep them informed of international and local events. Whether or not they choose to act on the information is another matter, of course, but at least

5. they are well-informed on a wide range of issues.

So yes, I like them, and not just because they actually talk to me. ;-)