Why are those most in need of constructive advice the least likely to listen to it? [Rhetorical]

This phenomenon is not confined to DMOZ management, of course (although that is a great place to start). The same principle applies to any situation where someone's high opinion of themselves exceeds their capabilities.

The Open Directory Project has recently been granted the dubious benefit of a third group of volunteer administrators (NB that page is seriously outdated, by many years!), the first and second groups having mostly mysteriously disappeared.
Due to self-imposed (and self-protective) restrictions, I am unaware of the details of these new promotions, and of the reactions of the volunteer community, but I can guess.

The appointments are likely to be as inexplicable and idiosyncratic as previously, with scant regard for the needs and concerns of those volunteers who do the actual work.
This is particularly unfortunate for those landed with the role, as they almost certainly believe they can effect the necessary changes.
Sadly, this is patently impossible, but we do wish them well.
Seriously.
It is needed.
1 comment:

Leadership: inspiring others in "the accomplishment of a common task"

Loutism: acting like a lout - "awkward, stupid, and boorish"

Bullying: being "habitually overbearing and intimidating" 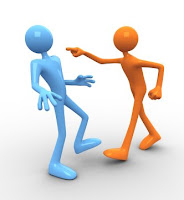 It is a short step from loutism to bullying, because both groups have no respect at all for others, and a very high sense of their own importance. The lout acts in a selfish, non-personal way (like yelling obscenities or spraying graffiti), but I have a particular disdain for people who feel the need to boost their self-image through the repeated use of threats and intimidation against other individuals.
However, when such tactics are used by those already in positions of authority it is not only unacceptable but a complete misuse of their position, and brings the whole management/leadership process into disrepute.

Such behaviour is seen everywhere of course, with petty-minded, disturbed or ignorant people being ill-advisedly placed in positions of authority, where lack of supervision and monitoring allows them to indulge their greed for power over others. Prisons, detention centres, police forces, armies, schools, business corporations, nursing homes ... the scope for such people is depressingly wide.

All civilised people deplore such behaviour, of course, but most of us see it every day without doing anything about it. Sometimes a bullying culture is so ingrained that it is seen as normal, or perhaps even justified, as in the case of prisons, the army or even big business. It is much harder to excuse the situation in schools, hospitals, and other organisations where the primary goal is not punishment, discipline or profit.
In such situations we all have a responsibility to stand up to bullies and those who similarly misuse their authority. If someone stands alone they are likely to be harassed, ridiculed, or even dismissed from the organisation. Not an appealing prospect for even the bravest souls. But if everyone makes it clear that those in charge are expected to behave in a fair and respectful manner, without resorting to personal attacks, threats and intimidation, then there is a far better chance that message will get through.

Remember: bullies are simply insecure cowards who lack the talents and personality to succeed on their own, and therefore have to put others down in order to raise themselves up. 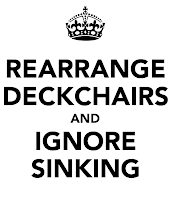