I thought I made my point clearly enough the first time I wrote about the relentless campaign of vague, repetitive and unsubstantiated accusations thrown at volunteer editors in the Open Directory Project.

Unfortunately, subsequent insulting comments to this blog showed that those making the allegations had not even read that post, or had missed its message completely. So I tried again, pointing out the obvious flaws in their copycat claims. Sadly, this was equally ineffective, and I continue to receive (and read elsewhere) the same tiresome arguments and insults. I will present one such email later in this post.

But first I'll present the facts again, very simply and in large friendly letters this time. 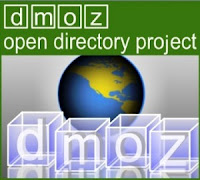 1. It is always free to suggest a site to ODP/DMOZ ... why pay?
2. DMOZ is not a listing service. Suggested sites are just one of many resources for volunteer editors, who are the only people who can list sites in the directory.
3. Nobody can "get" a site listed, no matter what they might promise hopeful webmasters.
4. Anybody can easily check such claims: is the person named as an editor in that DMOZ category or anywhere else?
Yes, that's right, the sites are permanently banned - even if they are involved in just an offer to pay.

But you don't have to take my word for this. See if you can find any DMOZ listings which have resulted from the thousands of payment offers made on various freelancer sites and webmaster forums.
As promised, here's part of a typical email I received a few weeks ago, (as usual from "Anonymous"):

"The abuse is real, and it is endemic, and yes it has been going on for years. And I myself has (sic) used the 'report abuse' several times but the email goes into a black hole and you hear nothing further about it. Your arguments about the difficulties of sustaining such corruption are absurd. As soon as a whole bureaucratic structure gets sufficiently corrupted, you think a report to the supervisor is going to fix things? And the charges people are making are far from vague as you claim. Just read the talk: http://www ......."

Let's examine the assertions one at a time.
"The abuse is real, and it is endemic, and yes it has been going on for years."
Three confident statements of "fact", based on who-knows-what invention, supposition, misunderstanding or other faulty logic. We'll never know, because like his fellow campaigners, he doesn't bother to justify his assertion.
I could just as confidently say "The writer of the above letter is almost comically short, with terrible skin and a tendency to waddle."

"And I myself has used the 'report abuse' several times but the email goes into a black hole and you hear nothing further about it."
That dramatic "black hole" is yet another invention, based solely on the fact that he did not receive a reply. Apparently he didn't bother to read the Abuse Reporting FAQ, so I'll quote the relevant part of it here:

"Note: Even if you provide an e-mail address you will not be sent any information: on the report's status or otherwise."

Naturally a reporter may wish to know that his report has been received, so there is a simple way of checking the status. It's described very clearly on the form, but presumably "Anonymous" did not read that bit either.

"Your arguments about the difficulties of sustaining such corruption are absurd."
He is entitled to that assessment, of course, but without justification or explanation it carries no more weight than if I said "And you can't even write properly, so there."
Gratuitous insults do not form an argument.

"As soon as a whole bureaucratic structure gets sufficiently corrupted, you think a report to the supervisor is going to fix things?"
This is unrelated to DMOZ, because there is not "a supervisor", and so the analogy is meaningless.
Abuse reports are read by any number of the most experienced and trusted volunteers, and every genuine report is then appropriately investigated, also by any number of them. [See my earlier comment about irrational conspiracy theories which seek to implicate a huge worldwide community.]

And so we come to his closing argument, which I addressed in the first half of this post.
"And the charges people are making are far from vague as you claim.
Just read the talk: http://www .......".
One last time: the only "proof" of this type of editorial abuse is to show that a specific DMOZ listing has resulted from a specific editor accepting or requesting payment.

Along with other forms of editorial abuse, such actions have never been tolerated, as many removed editors can confirm.