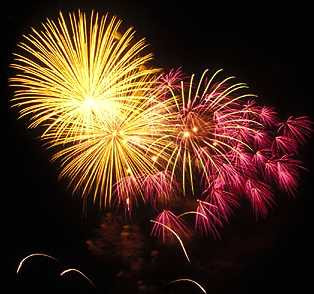 "O frabjous day! Callooh! Callay!”
So do we have dancing in the editorial streets?
Outpourings of joy and gratitude from the volunteer community?
A long-awaited fix for all the problems that arose from the 2006 AOL Server Crash?
A much-needed increase in enthusiasm and productivity?
In short: will I have to eat my skeptical post "DMOZ 2.0 - Nirvana or Neverland"?

In each case the answer is a despondent but unequivocal "No".

It's only been a day or two since the directory came back online after the "third time lucky" upgrade, but the bug reports keep streaming in from disappointed and/or confused editors.
I'm sure the more serious issues will get fixed eventually, but considering how long it has taken to reach even this point, it is very hard not to see the whole thing as a bit of a

Sorry - very off-topic ... but since when did the top bar of K&T link back to the big-wide dmoz.org? Or did I just dream that it used to be linked to K&T top level ...? It's been a while, I confess.

Hmm I think you're right. I'll add it to the encyclopedia of bug reports. You'll also notice the (hopefully temporary) disappearance of age tags. Sigh.

Still buggy? Been thinking about everyone lately and have talked with anyone at all lately either. Hopefully some of the issues have been worked out. I was sorry to see bookmarks are no longer visible. I like to think I had a good collection of public links there related to DMOZ. Went to look and access denied. LOL

Six weeks down the track from this blog post, and there are still hundreds of bugs, many of which completely prevent useful editing. It's very hard to keep track of them all, but I think the Bookmarks will become public again at some stage. But who knows?
I was away from it all for a month (on holiday) and returned to find nothing much had improved.
Looks like I wasn't away long enough, so I wouldn't be in a hurry to come back, if I were you!

Interestingly enough you are the second person to suggest waiting might be less frustrating. :-) Sad that it sounds as if its been a rough "upgrade" hopefully they are actively working on it.

They are apparently working on it, but with the secrecy of code-breakers, the randomness of a pinball, and above all the speed of council road-workers. So a reasonable estimate of the time needed until it works properly is "an awful lot".