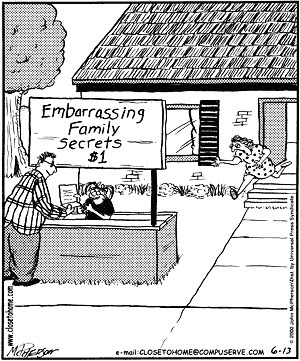 Having grown up knowing almost nothing about my extended family, due to the disinterest of my parents in their relatives, it has been a great surprise for me to suddenly develop a passion for genealogy. Unfortunately I have left my investigation rather late, because most people from even my parents' generation have died, but thanks to the intrusive internet it is possible to unearth the sorts of facts previously found only in family stories or possibly the Family Bible.
Disappointingly, I have not yet discovered anyone particularly newsworthy or infamous among the 750 or so leaves of the family tree I have so far identified, but the exercise has given me several points to ponder:


None of these are fresh or insightful observations, but the point is that these people were my family. They are not characters in a novel or part of a sociological treatise on "19th Century Life in the Colonies". My own (extremely unusual) middle name pops up at least once in each generation, tying me firmly to these women whose lives were unimaginably different from my own.
So one question is foremost in my mind as I unravel these histories ... "Could I have coped with lives like theirs?" Of course that is impossible to answer and therefore pointless to ask, but nevertheless I feel ashamed to say that I doubt it very much indeed.
Incensors
(as in "things which incense me", not "things for waving incense about")
I am implacable about fairness, and this frequently gets me into trouble. My friends charitably call this behaviour "standing up for what is right" or "speaking out against injustice and deceit".
Just as accurately, my critics label me as a "troublemaker",
or to use a more vivid expression, a "shit-stirrer".
Keeping out of trouble, avoiding confrontation, minding my own business, not fighting other peoples' battles for them, letting things be, remembering my (inferior) position, sticking to battles I can win ... these are lessons I seem to be unable to learn.
Most people very sensibly prefer a quiet life, and try to avoid situations which will cause them distress. Of course that doesn't mean that they are any less fervent about injustice than people like me - they just have a more self-protective way of dealing with it. And if someone else seems not just willing but actually eager to go into battle on their behalf, why not let them?
I have previously described two of my futile battles this year, but no sooner had those wounds healed than I was hurling myself pointlessly back into the fray. The same two "Goliaths" continued to raise my ire throughout the year by persisting in their shabby treatment of students and volunteers respectively, so after a very short period of meekly acknowledging those in "authority", I resumed my doomed campaign on behalf of those they treated with such disrespect.
Of course the natural reaction of anyone to a persistently annoying pest is to swat it, which is precisely what happened (again). 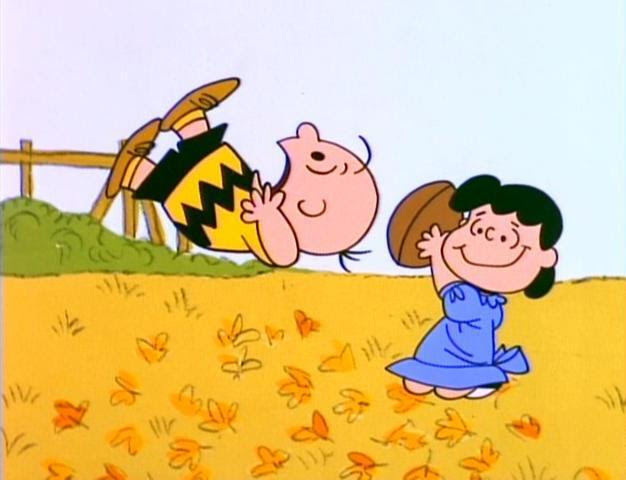 Will I ever learn not to keep trying?
Probably not.

Funny, I've been getting back into genealogy myself lately. It's a little addicting, isn't it. LOL

Ancestry.com and other online repositories make the job a lot easier than it used to be. (I finally found information about my mother's family that had my father and I stuck for decades while doing conventional, ass-in-seat archives searching. Too bad it all came shortly after my mother died instead of before, though I like to think that maybe she had a hand in the serendipity of my finding it.)

Some days it seems like I'm steeped in endless records highlighted exactly the things you noted here. (Well, not the Australian-specific stuff, but you know what I mean...) So many young deaths and hard, frequently extremely poverty-stricken lives. It suddenly feels very real, not just something you're reading about "other people".

As for whether or not you could cope with the lives they led, well, if you grew up in any of those time periods, it would just be how life was and you'd get on with it. You wouldn't know -- or probably expect -- anything else.

Hello, I'm writing from UK and I believe we have a common ancestor, Harriet Cole, wife of Henry. Would you like to contact me at Middletondavid5@yahoo.co.uk.