According to Wikipedia, DMOZ (the Open Directory Project) was launched on 5 June 1998, making it 10 years old tomorrow. :-)

Admittedly it started as Gnuhoo, and almost immediately underwent a bewildering succession of names and owners before finally settling under the umbrella of AOL/Time Warner, who still own it today. Maybe they'll provide all editors with a commemorative medallion (or at the very least a slice of cake!) - especially those stalwarts who have been with the project since the beginning.
In those ten years,
more than 80,000 volunteers
have listed
over 4.5 million sites
in almost
600,000 categories
Now that is something worth celebrating!
I am sure the official ODP blog will have a suitably festive post, but in recognition of the many friends I made, the great sense of achievement I enjoyed, and the stimulating and eclectic community of which I was proud to be a part, I would personally like to wish DMOZ
A Very Happy Birthday
For now, I will shamelessly copy the splendid illustration for Mozilla's own recent 10th birthday celebrations, but if someone creates an ODP one, I will be more than delighted to add that here. 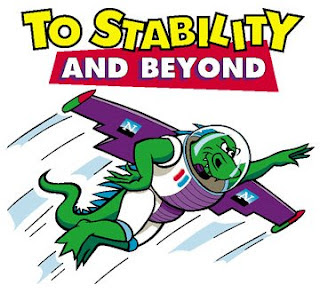 Soon we're gonna see him have his first girlfriends, going to college, being graduated etc.

They grow up so fast those kids :-)

Well you'll get there first coz of the timezone ;-)

kazhar, too true *sniff*.
And deathowl, there are indeed compensations for the burden of knowing what tomorrow brings. (Light winds and a chance of rain.)

Nice picture Mak ;-) And I see that you're still concerned. Good to see that you haven't forgotten us!

Chance of light wind and rain? I drove home last night in a monsoon so bad, I actually witnessed cars floating in intersections of major roads and myself lose contact with the road a couple of times in my truck. Drove for an hour and ended up back at work trying to find a clear road home.

My 20 minute drive home, ended up being over 2 hours and 60 total miles. Some meteorologist you are. No better than the one on TV. :-P

Glad you are safe, shadow575, but you'll notice I didn't mention where the mild weather would be. I was following the principle well-known to meteorologists, politicians (and DMOZ staff ;-) ) that any confident prediction should be carefully worded so that it can never be regarded as overly optimistic or inaccurate in hindsight. ;-D